The rate hike will increase single-family water bills by roughly $19 per bi-monthly billing cycle on average for single-family homes.

Primary cost drivers of the rate hike are a 15% price hike for raw water from Denver Water, the recommended issuance of a $50 million bond later this year that will fund infrastructure upgrades and an expected overall operation cost increase of $4.2 million in 2023.

Over the past five years, the average in-city water rate has increased by about 3.55% annually, Gillis said. The bi-monthly service fee was last adjusted in 2022 for the first time since 2009. 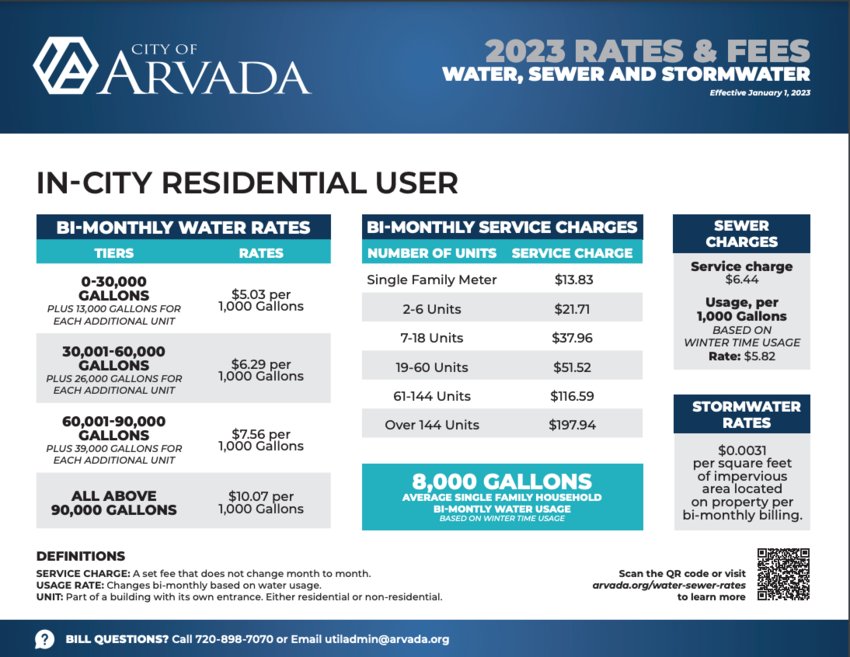 Two recent water line breaks and leaks through an exterior wall at the RWTP over the summer have threatened the city’s water supply, as Arvada Director of Utilities Sharon Israel recounted during a tour of the RWTP with the Arvada Press.

“We had this water coming through this concrete that’s 1960s-era concrete,” Israel said. “As soon as water starts to flow, you start to have concern for the overall structural integrity of concrete — ‘How much worse is it going to get with water coming through it?’ We knew we had to act really quickly, and in order to do that fix, on one of the hottest days of the summer, we had to get the plant taken down.”

The RTWP was taken offline for six hours while crews worked frantically to repair the wall. Luckily, the wall was fixed before most people returned home from work, Israel said — though the threat of a disastrous shutdown has been looming.

“We knew that this was a risk,” Israel said.

Bethany Yaffe, a civil engineer in the city’s public works department, said the plants are designed to function well for about 50 years before they need “significant reinvestment.”

“We typically plan for about 50 years before we need to have significant reinvestment,” Yaffe said. “Pipelines built with PVC, tend to be a little longer like 70 years, but metal or they have old concrete pipes those are significantly less. And especially in this area where the soil is very corrosive, we tend to see some issues with breaks and things in the pipe.” 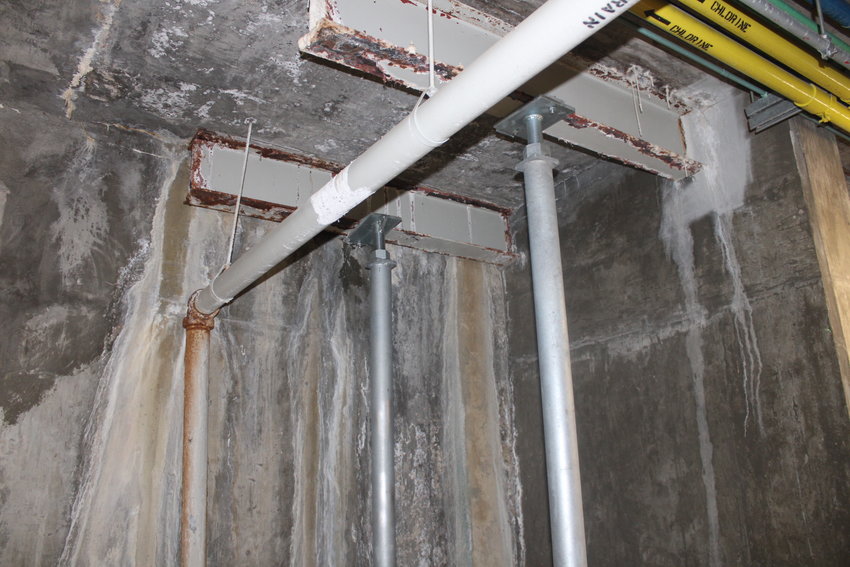 Jerry-rigged fixes like this are keeping the Ralston Water Treatment Plant up and running.

Israel pointed to the Safe Water Drinking Act of 1974 as the impetus for cities across the country to build water treatment facilities, including Arvada.

“There’s a lot of infrastructure of that era — 1960s and 70s — across the country,” Israel said. “The situation Arvada’s in is really common among a lot of cities that were around in that time. Everyone, in 1974, was subject to a whole new set of federal regulations. Everyone built their plants in the '60s and '70s and now everyone’s plants are now aging. If you look around the whole metro area, there’s a lot of plants that have the same vintage.”

Nevertheless, Israel added that since Arvada has “historically lower” water rates compared to other cities in the metro area, the city’s water rate will still be in the “bottom third of the whole metro area,” even with the rate increase.

“This year we’re looking to issue bonds for the first time on sewer, ever, and for the first time for water in over 20 years,” Israel said. “So, that’s part of what’s weighing into this too. All of the metro area is trying to figure out, looking at our current infrastructure, doing master planning like we’ve done, to come up to a game plan of ‘What does this next generation of infrastructure look like?’” 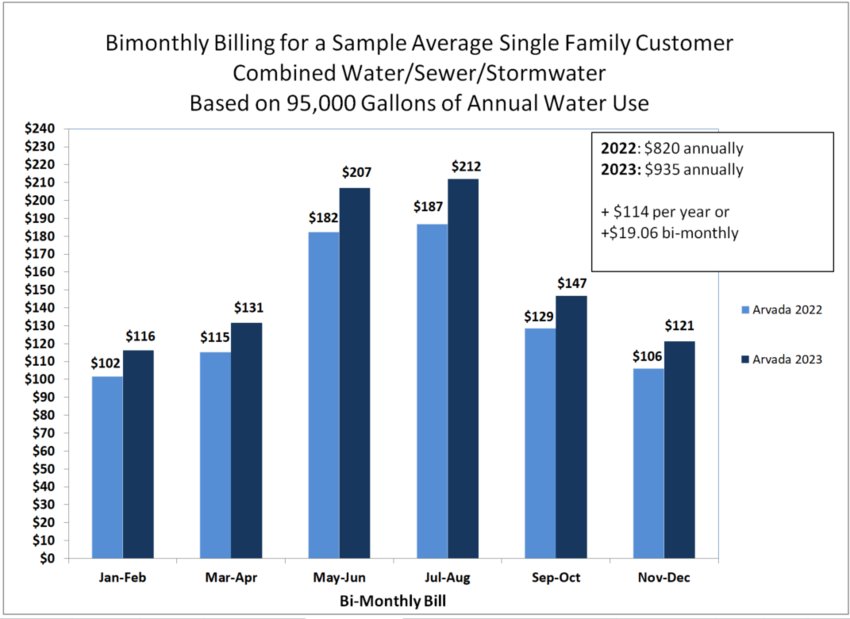 A reluctant, but necessary decision

At the Oct. 17 city council meeting, Arvada Mayor Marc Williams summed up the position of many council members, all of whom voted for the rate increase.

“We had two major water line breaks in the last two weeks that cost us well over a million gallons of water, I believe,” Williams said. “We’ve got to take lasting care of our community and this is an appropriate step that we’re taking…That passes 7-0; reluctantly, but necessarily.”

“We are deeply sympathetic to the costs that are happening right now,” Simpson said. “Groceries are more expensive, electricity is going to be a lot more expensive this coming winter, fuel is more expensive. So, we understand that it’s harder, every little bite of the apple feels like a pretty hard bite sometimes.

“In a little bit, hopefully we’ll find an opportunity for Ms. Israel to walk us through some of options we have for low-income residents who are struggling with their water bills,” Simpson continued. “We do have city programs to assist residents and I encourage anyone who is feeling that pain to take advantage of those… we do not want to turn off people’s water and we don’t turn off people’s water.”

Council member John Marriott called the decision “quality planning” by the city team and “good decision making” by city council, and highlighted the Denver Water rate increase as a variable outside of anyone at the City of Arvada’s control.

“We have benefited in Arvada from decisions made a long time ago on our infrastructure to provide us with not only plentiful water, but high-quality water, and it’s time for us to take some of those same steps that those that came before us a long time ago took to place us in such an advantageous position with regard to our basic utilities,” Marriott said.

“I’ll also note that the cost of the raw water we buy is going up by about this much. and so, this is not entirely — these are costs that are out of our control,” Marriott continued. 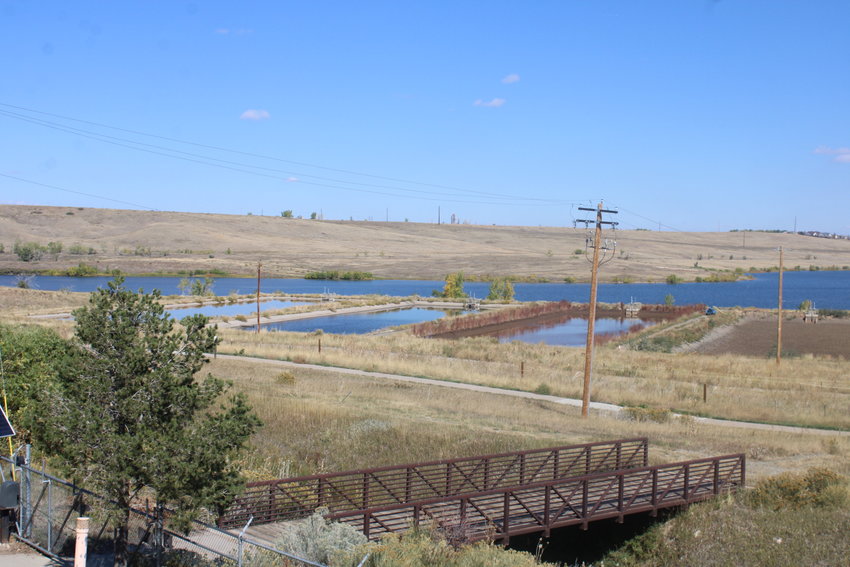 Arvada resident Mindy Mohr spoke in support of the rate increase and pointed to her experience as a water treatment plant inspector and relevant expertise on the city’s predicament.

“Nothing lasts forever and this is a common problem with many communities in our country,” Mohr said. “For work, I inspected water plants across the west and have seen issues when water plants are not maintained. I know that our Arvada residents want to have safe and reliable water.

“We’ve all seen what happens when infrastructure is not taken care of,” Mohr continued. “Whether it's Jackson, Mississippi, or, in today’s news, Colorado City, Colorado.”

Plumber and Arvada resident James Hearn spoke about the scarcity of water and the importance of not wasting it.

“Well I think (the rate increase is) very progressive and far-reaching, far looking, because it’s much better to fix, repair, expand when you have something to work with versus when the whole system craters out,” Hearn said. “Everything has a lifecycle, including iron and steel pipe.

“Water is a very valuable resource, and we don’t need to waste it,” Hearn continued. “We need to be stewards of that because nobody really owns water, we just use it, rent it, return it, and it ought to go back at least as good as we had it.”

Former Clear Creek Deputy looks to get charges dropped
Former Clear Creek County Sheriff’s deputies Kyle Gould and Andrew Buen appeared in court for the second time on Jan. 30, with Gould’s defense looking to dismiss his charges and the people’s representation looking for a joinder of the defendants.

Health care giants form one insurance company
By some measures, the Denver metro area has one of the most competitive hospital markets in the country. Large health systems duke it out every year for supremacy in the multibillion-dollar …

Colorado may end age-discriminating work question
Asking someone their age is considered impolite. But asking a job candidate? That’s perfectly legal. A bill at the state legislature would change that, at least in Colorado, and prohibit companies …

Weather and gas prices causing higher utility bills
The spiking energy bills affecting many Coloradans are caused by colder weather and higher gas prices — factors over which neither regulators nor utilities have control, the Colorado Public Utility …